The Science of Kink 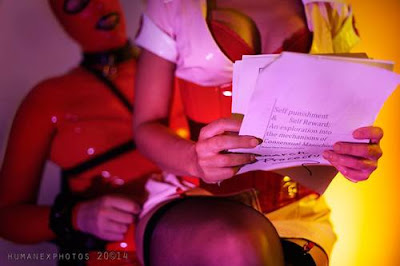 The numerous campaigns promoting homosexual and queer community equality, (including Pride celebrations around the globe and the more recent marriage equality polemic), have raised awareness for gay rights. As an effect, many academics have taken up research within this community and now there is a lot more data concerning important queer issues, such as youth gay suicide. Research results help create systems to address these issues, and counselors, psychologists and other support networks become more aware and better equipped to help members of the community during troubled times. We are still working towards a more transparent psychological support system, but at least we are moving away from the "anti homosexuality treatments” of the 1950's (as described by Smith, Bartlett, & King BMJ, doi:10.1136/bmj.37984.442419.EE, 2004), http://www.bmj.com/content/328/7437/427.full.pdf+html. 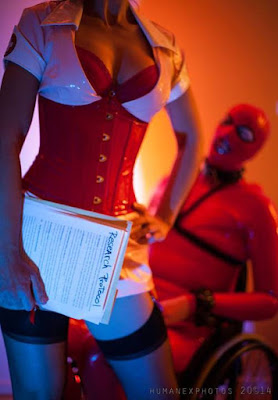 The survey is anonymous and we don't even collect IP addresses in order to protect people's privacy. It takes about 20-30 mins to complete depending on the answer choices.

Not Kinky? Not really into pain? New to the scene? No problem! The survey also collects data on everyday pain activities, as it's important to have a comparative control group in the sample.

And even if you don't recognise these effects or agree with my hypothesis, that's even more reason to participate in the survey. We want the survey to reflect all the opinions from the community. If only my fans do the survey, it will create a biased effect.

The more different people participate, the better the sample will represent of our diverse alternative community!

Thank you for helping advance The Science of Kink!

Ps: You can keep up with my research findings by liking the FB page https://www.facebook.com/kinkyscience

*Article originally published on iFet.com and at http://www.KalyssMercury.com
at July 26, 2017