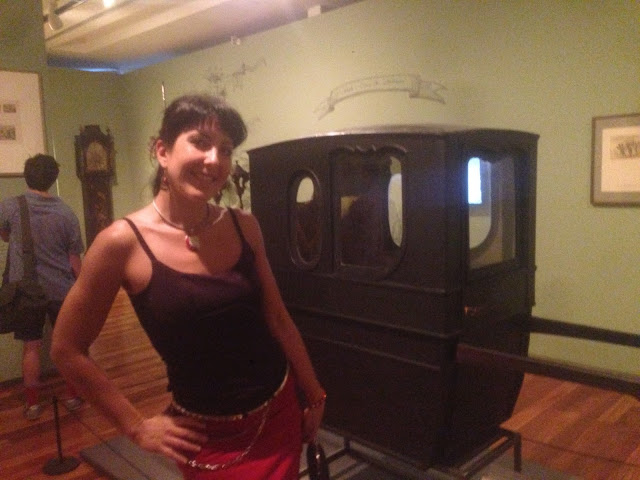 This is my real past. My great-grandparents were plantation owners in colonial Brazil, so by default they owned slaves. There is no record of how they treated their "property". Yet, some vestigial hints remain. Real life servitude is still alive and thriving in Brazil. Even in this day and age, being a stern "boss" is culturally expected; in order to keep servants "in their place". Middle and upper classes in Brazil often have maids, nannies and cleaners, many of which live with the families during the week. Servants are paid minimum wage (currently €210 per month). Most apartments in wealthy suburbs have "servant's" rooms, as . House servants may have freedom, but that is quite limited. They might not be physically punished as they were in the past, but they are not treated as equal to the bosses. In Norway, The Netherlands and in Australia, meeting your cleaner in a social setting is acceptable. You may be their boss, but they have the same rights as you to frequent a public party. One could say this is the same in Brazil, by the written law. But in real life, a thick classist culture separates bosses and servants. Returning to Brazil after a four year gap, it's so obvious to me how deep this separation goes. 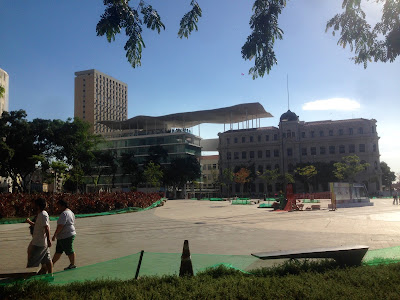 My lifelong nanny/step mom, Claire, served at my grandmother's house from the age of 16. At the time, my grandma insisted that she went to school, to learn to read and write, but even so, she only managed to complete up to fourth grade. What she lacks in academic background, she makes up with a heart of gold, kindness, patience, and good humour. When my mother married, Claire was sent to be my nanny. She lived with us, at our luxurious 4-bedroom apartment, where she had a tiny room, barely 2x2 meters. Twice a month she would take the weekend off to see her sisters and brothers, who lived 3 hours away. She chose not to get married and have her own children. She helped raise my brother and I, cared for my grandfather, mother and father to their deathbeds.

As we grew up, both my grandma and mom always taught us to treat Claire with respect and kindness. Even so, there was a separation. She would serve meals and attend to our requests, before eating her own meal. At my birthday parties, she would wear a serving uniform (was it at my mother's instructions or because she chose to?) She would travel with us during holidays, join in boat trips, play with us on the beach, joining for card games at family gatherings but always keeping a polite distance and retreating to the kitchen and out of the "action" often, especially when strangers and extended family visited. Was that her comfort zone due to her personality? Or was she taught to not participate as an equal? 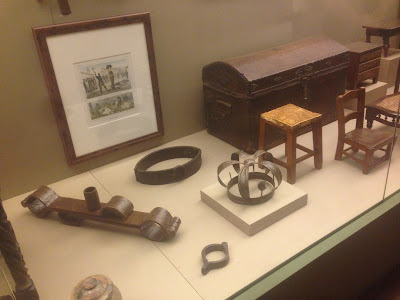 In my recent visit, we went to a cousin's birthday and almost as we arrived, Claire went straight into the kitchen to help my aunt and her maids with the meal preparation, and ended up spending the entire night there. I invited her to join in for the meal and the cake cutting, but she declined, wanting to eat with the other maids.They stayed in the kitchen all evening, and only ate dinner after all the guests had eaten, dishes were washed and cake served, close to 11pm. I felt awkward that she was doing a lot of work serving when she wasn't "hired" to do that. She was invited as a guest. Still, even when I tried to help, she would shoo me away, saying she had it under control. Was she instructed by my aunt to stay in the kitchen or did she feel a resistance to be social among my family, most of which have known her for years? It seems that after so many years as a servant, she is more comfortable in "her place". Would she have chosen differently had she been given the option earlier in life? 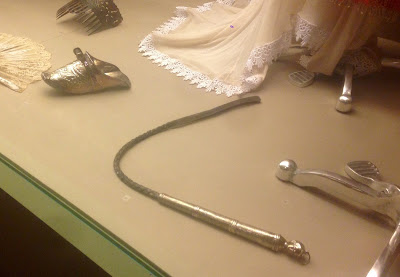 So I wonder if the consensual inequality that many subs seek is something similar? When I notice a submissive client is open and social, I might invite them to a party and introduce them to my fetish community. One of my subs once told me he is most at ease while serving me. At parties, this gives him a purpose. He doesn’t have to feel socially awkward, or make small conversation. Could this dom/sub gap be similar to the cultural class divide we see in places like Brazil? Of course in DS, the gap is chosen and consensual, while in the "real" world, social inequality is often forced onto people.

This brings me back to the Museum of Art of Rio (MAR), where there is an entire floor dedicated to artefacts and historical documents from life in Rio de Janeiro in the 1700's, when slavery was thriving. Among them were a litter sedan vehicle, shackles, a blue print of boats showing how many slaves would fit in the hull, and a raw hide strap whip almost identical to one I inherited from my mother. She had it on the wall as a decorative family heirloom. Did she even use it? It may have simply been a horse whip, or it might have been used on non-consensual slaves... It's not often you see one of your personal kink toys as a museum exhibit. 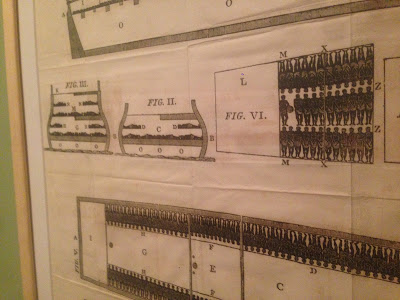 Immediately I was jolted into the awareness of my privilege. My family were slave owners, my parents carried on the cultural servitude of my “black mother”, and now I am a Domina, mistress of countless consensual slaves. In all these years of pro-domming, have I been unconsciously cleansing the karma of my family through replaying slavery but now with consent, kindness and concern for my "servants"? Or are my actions a rebalancing of the fairness scales, as most of my subs are rich, white, privileged males?

Many domme friends tease me for being too kind to my slaves. Could that be due to my life experience with real life servitude and inequality? Sometimes, I feel torn between my sadistic desires and a sense of guilt. Could I be causing psychological trauma with the welts I yield? Why do my subs want that pain? When am I going too far? Yes, we may use consent and safewords… Being strict and evil yields results, which I enjoy and most subs prefer a stern Domina. But where to draw the line between fantasy games and reality? How long can I play the evil queen before I start believing the hype and actually mistreating my subs, physically and/or emotionally? 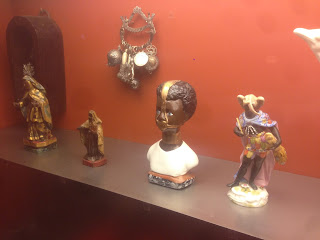 I don't have an easy answer to this dilemma. I have interviewed countless subs to analyse their psychology. I have explored the submissive side myself to better understand that craving. I've studied the brain mechanisms behind physical pain and humiliation, and written a dissertation on the topic. But the more I learn, the more questions arise… I won't stop playing with BDSM out of ethical fears. Informed adult consent is my primary guide. And thus I aim to offer my subs plenty of food for thought so they may be informed when they consent to embark in this journey with me. I have added some discussion questions in the comments. I would love to know what you think!

You will find more information about Mistress Kalyss Mercury on her official website https://www.kalyssmercury.com/